As a new year in 2016 is upon us, we have plenty of new technology to look forward to.  From new devices to virtual reality, there is more than ever going on in this growing field, so below we have highlighted a few of the most interesting things coming up in the new year. 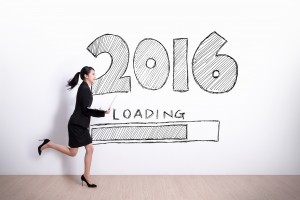 So far we have seen apps and kits that help you to remotely operate different aspects of your home.  There are options for remotely turning on and off your lights, locking and unlocking your doors, turning on and off your TV and home theater devices, among others.  In 2016 this trend will continue to expand with the implementation of plug-ins for more voice controlled features to operate these systems.  Another focus that smart home technology companies say they will be concentrating on is security.  Smart home technology users who were polled said that they are more concerned about the safety of their personal information when using their devices than in the cost to buy and use the devices.  If you are interested in smart home technology some of the best companies to look into are Vera, HomeSeer, and Fibaro. 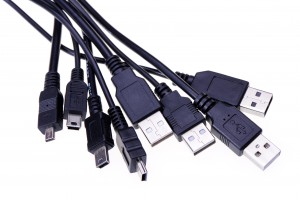 To understand why the USB Type-C port is so interesting, we should first summarize what the USB Type-A and USB Type-B ports are used for.  On a USB cable, the Type A connector, (the A-male connector) is the end that goes into a host, such as a computer. And on a host, the USB port where the Type A-male goes into, is called an A-female port. Type-A ports are usually in host devices, including desktop computers, laptops, game consoles, etc. Normally, the Type-B connector is the other end of a standard USB cable that plugs into an exterior device (such as a printer, a phone, or an external hard drive). It’s also known as Type B-male. On the exterior device, the USB port is called Type B-female. Since the exterior devices differ a great deal in size and shape, the Type-B connector and its corresponding port also come in many different designs, for example the Mini-USB, Micro-USB, and so on. So now comes the new USB Type-C port, measuring 8.4mm by 2.6mm, which means it is small enough to work in even the smallest of exterior devices. With Type-C, both of a USB cable’s ends will be the same, enabling you to use it for reversible plug orientation; it will also allow for bi-directional power, so aside from charging the exterior device, an exterior device could also charge a host device. This all means you can get rid of your collection of proprietary power adapters and USB cables, and move to a single solution that works for all devices. USB Type-C will substantially cut down the number of wires currently required to make devices work.

The Rift is a head mounted, virtual reality display headset that was developed by Oculus VR.  It has a resolution of 1080×1200 per eye, a 90 Hz refresh rate, and a wide field of view, in addition to incorporated headphones which deliver a 3D audio experience.  The Rift has positional and rotational tracking; the positional tracking is performed by a USP stationary IR sensor which normally sits on the user’s desk.  This allows the use of the Rift while sitting, standing, or walking around the same room.  Scheduled to arrive this spring, Oculus will finally make virtual reality feel real.  With the use of cutting edge sensors the headset is sure to make users feel like they have been transported to another time and place.

At this year’s C 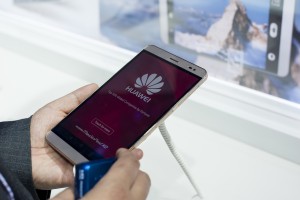 onsumer Electronics Show in Las Vegas (CES), Chinese companies began pushing through the traditional tech companies, gaining more visibility in the US market place.  This is a clear suggestion of how prominent companies from the world’s second-biggest national economy are entering the global stage. China has produced a steady stream of competent and well-priced devices designed to tempt us away from the more well-known manufacturers like Samsung and Apple, some of the noteworthy Chinese models to learn more about this year are the Mi Note Pro by Xiaomi, Axon by ZTE, or the Mate 8 by Huawei.

There have been numerous news stories over the last year about drones being flown into power lines, airplanes, and other potentially dangerous situations.  Companies like Intel are trying to make the use of drones safer, and more fun and useful at the same time.  Intel has introduced their version of the “smarter drone” which utilizes infrared lasers to detect and automatically avoid obstacles in its path.  Another company, Qualcomm, recently said that it would soon be making a new processor available, built specifically for use in consumer drones.  This new processor will make the drones less expensive, improve battery life, and give them the ability to perform additional tasks.  All of this is great news for anyone interested in trying drones out, who may have been weary before due to safety and cost concerns.

As you can see, there are countless new technology related devices and products being introduced this coming year, and you know that we love all things tech.  When it comes to technology it seems like each year the innovations get more exciting, and its fun to imagine what will come next.  Let us know what you are looking forward to the most, or if we have left something out of our list.

automationdroneoculusphonesmartsmartphonetechnologyusb
Share this post
FacebookTwitterGoogle+PinterestLinkedIn
Related posts
Email Scams Increase During the Holiday Season
December 15, 2015
The Future of IT Management: The MSP
September 23, 2015
Cyber security – Is anyone listening?
September 3, 2015
Don’t Stick Your Head in the Sand
August 13, 2015
That look is so last year
July 30, 2015
It has been 38 minutes since your last password update, please reset now!
July 20, 2015
Leave Comment